More like the DIY dunce sitting in the corner with the cone hat picking belly button lint; but I digress. I did in fact DIY something this weekend that I am rather proud of. I took this old letraset box that I've had since college. [found in an empty classroom] And finally put it to some use. I made a planter out of it! I pried the top off and refashioned it so that the box would sit horizontally. 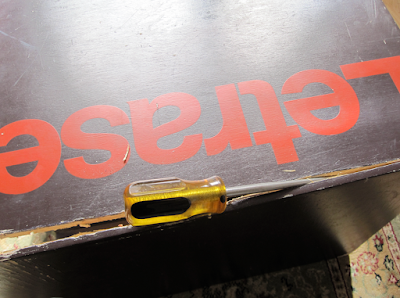 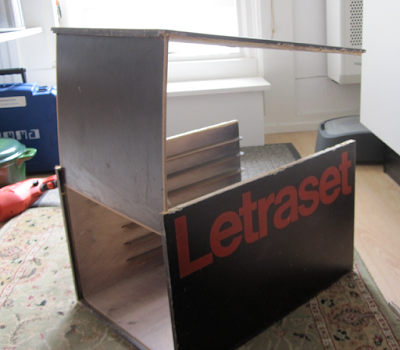 Then I drilled holes in the base for drainage. 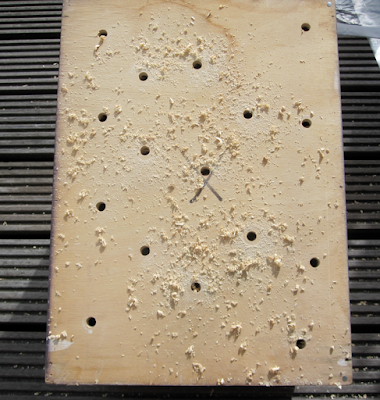 I put a tied off trash bag filled with styrofoam peanuts at the bottom to save on dirt as I'm only planning on growing herbs in this box so didn't need to fill it to the bottom. 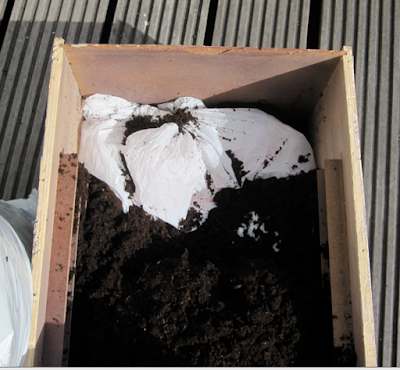 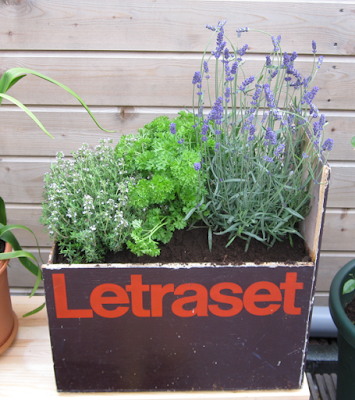 Yeah I still have the long end of the top panel sticking out. Was going to plant a climbing type something or other but I don't have one at the moment. Then M said she likes the asymmetry and given that I don't have a power-saw yet [that's on the list with a power-sander] and I ain't gonna hand saw that thing, we'll just pretend that it's an artistic intention. Asymmetry is good. 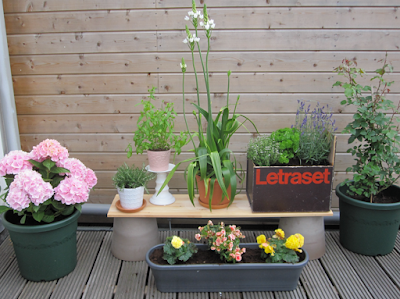 I think it adds a certain Je ne sais quoi. Don't you?
Posted by savoie at 7:46 PM